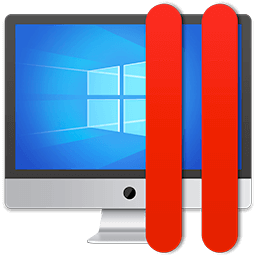 Parallels allows you to run Windows and Mac applications side by side. Choose your view to make Windows invisible while still using its applications, or keep the familiar Windows background and controls on your Mac.

Robust Performance
Parallels Desktop Pro Edition gives your virtual machines more processing power. Up to 64 GB vRAM and 16 vCPUs per virtual machine lets you run even the most demanding applications.

Transfer files from Windows PC to Mac
Quickly move files, applications, and more from a PC to a Mac®.

Run Microsoft Windows apps on your Mac
Fast—run Windows applications without slowing down your Mac.

Fast, Powerful, and Easy
Whether you need to run Windows programs that don’t have Mac versions, or you're making the switch from PC to Mac and need to transfer your data, Parallels Desktop has you covered.

Seamless
Use Windows side by side with macOS® (no restarting required) on your MacBook®, MacBook Pro®, iMac®, iMac Pro®, Mac mini®, or Mac Pro®. Share files and folders, copy and paste images and text and drag and drop files between Mac and Windows applications.

Easy Setup
Parallels Desktop automatically detects what you need to get started so you're up and going within minutes. If you need Windows, you’ll be prompted to download and install Windows 10 or choose your existing Windows, Linux, Ubuntu, or Boot Camp® installation.

Lightning Fast
Graphic and resource-hungry Windows applications run effortlessly without slowing down your Mac. Run the most demanding applications such as Adobe® Photoshop®, Visual Studio®, or SketchUp®.

Choose Your View
Make Windows invisible while still using its applications in Coherence mode. If you’re new to Mac, you can set Windows to occupy your entire screen, so it looks just like it would if you were using a Windows PC.