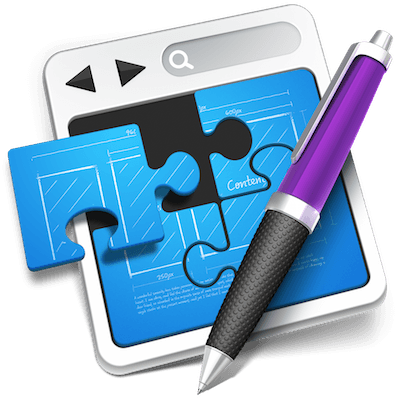 Web Design Software for Mac
RapidWeaver is the all-in-one app that enables you to build the website you’ve always wanted. Whether it’s an online store, stunning photo gallery or blog, RapidWeaver provides you with the know-how to quickly publish websites that even pros are proud of.

Amazingly Powerful, Infinitely Expandable
RapidWeaver is the leading Mac web design app, and has been ever since its launch over ten years ago. Each release is designed to make your website better, and we’ve carefully ensured that RapidWeaver has all the tools you need to create the perfect website. Best of all, RapidWeaver allows your site to grow as you build it and is expandable with hundreds of third-party addons available.

Code-Free Creation
There’s no need to know any code - RapidWeaver generates it all for you, based on the content you add to your website. If you need to add some code (maybe a Twitter button), just paste it in and RapidWeaver automatically places it alongside your existing content.

Content First
RapidWeaver is a different type of web design app - one that allows you to focus on the most important aspect of any website: your content. With drag-and-drop creation for photo galleries, online stores, blogs, personal websites and more you can count on RapidWeaver to help you build a stunning website in no time.

Supercharged Publishing
Smart Publishing has been completely re-worked to make uploading your changes even quicker. Thanks to simultaneous multi-file publishing, and a host of other clever tricks, publishing in RapidWeaver 6 is up to 3 times faster than previous versions. If your host supports FTP, SFTP or FTPS (new in RapidWeaver 6) you’re good to go - and if you need hosting, Little Oak has a special deal for RapidWeaver users!

web
Information
Users of Guests are not allowed to comment this publication.