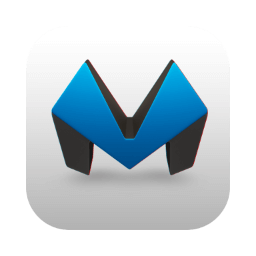 Having all your visual and audio content up and ready before starting your presentation or commencing a show is crucial: you cannot waste time during a performance looking for various files or resources or making configurations you could have handled before the event.

Video cue software that can deal with content coming from various sources
To start working on a Mitti project, you first need to import the visual content you want to include in the visual presentation. Mitti is able to load video or image files, but you can also connect cameras or Syphon or NDI servers.

You get to import files or folder to the Mitti playlist with drag and drop, and the same rule applies if you wish to reorder the list. Note that each entry comes with its own control bar that enables you to customize the output further.

Adjust the image color, rely on built-in video effects, and get control over the audio output
Via the Mitti Cue Settings panel, you get to adjust the image opacity, brightness, or contrast, and adjust the red, green, and blue proportions. The app also sports an extensive collection of video effects and enables you to set a custom title to each cue.

In addition, you get to toggle the audio, add fade in or fade out effects, replace the visual source, or put the respective cue on loop. Make sure to navigate to the project’s Preferences if you want to adjust the SMPTE frame rate, the fade duration, the timecode input, the audio input, and so on.

Prepare visual representations to be displayed on multiple screens and deliver visual content from multiple sources
Mitti is a video cue software that enables you to prepare video and audio performances ahead of the event. The app can work with video or image files, or you can configure camera or Syphon or NDI servers cues.

What’s more, Mitti can send data to Blackmagic DeckLink or NDI compatible devices or to a Syphon server. The app can also be controlled from a remote location by using the MMC or MSC protocols, or MIDI controllers.

Audio Output: Audio Output now has an option to select and follow the System's Default output. You can also manage the audio output of NDI & Blackmagic devices here: