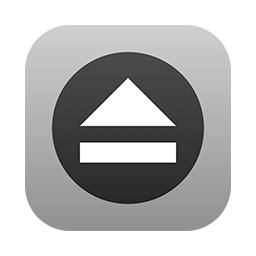 Jettison automatically ejects external disks from your Mac before your computer goes to sleep and remounts them when it wakes.

Simplify those last few seconds when you grab your MacBook and run out the door. Just close the lid and Jettison will automatically eject your backup drive, iPod, or whatever is connected so you can safely unplug it. Say goodbye to "disk was not ejected properly" errors and waking your computer back up because you forgot to eject everything.

Jettison even makes sure that Time Machine backups and file server volumes are properly shut down before they're removed. Your backups and shared files are safe and sound.