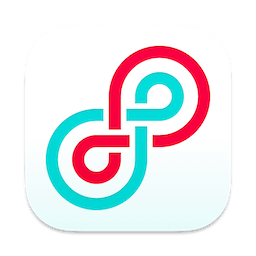 Cable-Free Audio Routing for Mac
Suddenly, it's easy to pass audio between applications on your Mac. Create virtual audio devices to take the sound from applications and audio input devices, then send it to audio processing applications. Loopback gives you the power of a high-end studio mixing board, right inside your computer!

Available System-Wide
Your Mac will show Loopback's virtual devices exactly like physical devices. Find them listed among other devices in System Preferences or select them as an input or output in any audio app.

Send Audio Between Apps
Loopback can also create pass-thru devices, which send audio from one app to another. Set the Loopback device as the output in one app and the input in another to make audio flow directly between the applications.

On/Off Toggles for Sources and Monitors:

audio, utilities
Information
Users of Guests are not allowed to comment this publication.