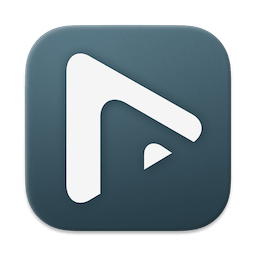 Nuendo 12 is Steinberg's latest and most advanced iteration of their powerful media production digital audio workstation (DAW). Steinberg have listened to user feedback and added loads of new features to improve your workflow and the capabilities of Nuendo.

As the most advanced audio post-production solution available, Nuendo is the choice of film, TV, game audio and immersive sound industry professionals worldwide. Ever since its initial release, Nuendo has been a vital tool in creating the soundtrack to many high-profile productions, products and installations. Regular updates with new features, workflow improvements and additional, user-requested functions mean that Nuendo constantly exceeds the expectations of an audio workstation dedicated to audio post, with high end — often unique — capabilities that continue an ongoing revolution in audio and media production software.

HIGHLIGHTS
Clear speech is the most essential element in the audio narrative of streamed content, film and television. Nuendo 12 includes many new features and improvements to help make sure that dialogue is not only clearly heard, but sound designers and post-production studios can work as quickly, accurately and efficiently as possible. With headline new features for dialogue recording and editing, producing headphone-based binaural mixes and more, Nuendo 12 can truly be called the Home of Dialogue.

Auto-Align® Post support
The distance between lavalier microphones and the boom may vary as actors move around, shifting the phase over time. Nuendo 12 features seamless integration with Auto-Align Post 2, making time and phase alignment of continuously moving microphones much easier. Integrated as an ARA 2 plug-in extension, it is sim ply a matter of engaging Auto-Align Post and selecting a reference audio track. The process is non-destructive, with the original audio always intact and ready to be instantly recalled or reprocessed.

Even more editing improvements
Nuendo 12 offers many new detail tools and shortcuts for audio event fade editing, including the new size with fade modifier key.
You can now also use key commands to increase or decrease a range selection in all four directions, including moving the range selection itself.
There is a new option to create or modify fade in/out length while resizing events by holding a modifier key and using the Select tool.
You can now assign key commands for slip editing besides using the mouse and tool modifiers.

Dialogue Recording
As the Home of Dialogue, in Nuendo 12 we have paid special attention to the challenges of dialogue recording. Not only have we revamped the user interface of the ADR Taker, we have added new features and smart improvements, whether you are preparing for an ADR session, a language dubbing project for Netflix or using third-party applications whose scripts you want to import quickly and easily into Nuendo. These features will save you hours of time and make tasks less repetitive, radically enhancing your workflow.

Netflix’s TTAL dialogue script support
Nuendo 12 supports the import and export of TTAL files, Netflix’s proprietary script format for working on language dubbing projects. The TTAL script content is converted to record-ready ADR markers, including the dialogue text, characters and useful metadata, such as on/off screen notices, etc. Script change decisions made during the ADR production can be documented within the Nuendo marker editor and brought back to the workflow through the TTAL export function.

*** You need to disable the System Integrity Protection (SIP) to perform the selected Application.