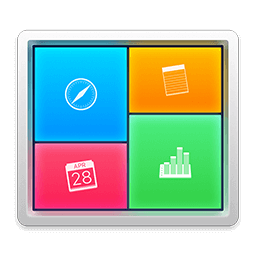 Switchem is a productivity tool for those who value their time and want to automate their workday routine. An entirely innovative approach means always to be ready to resolve any tasks without wasting time doing routine preparations. Applications in groups. Switch between groups in a second.
Simply put, Switchem is an application that allows you to put applications with their windows in groups that are often used in different activities/tasks and run or even quit ones by a single click. Switchem automates all the manual work that you've done up to this point:
Features