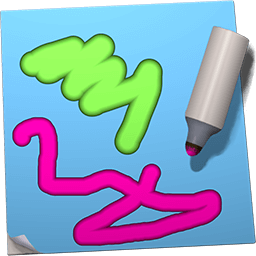 In addition to an ordinary pen and eraser, this app features a special 'Doodle Pen' that has a black outline for a more cartoon-like result. It looks way cooler and it makes the doodling twice as fun!