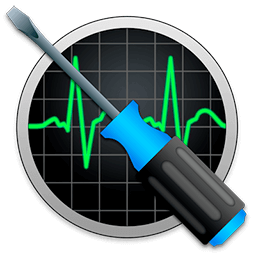 TechTool Pro has long been one of the foremost utilities for keeping your Mac running smoothly and efficiently. With the release of version 9, it has become more proficient than ever.

Тew In TechTool Pro 9.6
High Sierra and initial APFS compatibility
Apple is redefining how Macs use their disks. APFS, or Apple File System, is their new path forward. If you have upgraded, or plan to upgrade, to macOS High Sierra and have a solid state drive, your disk is going to get 'upgraded' to APFS. Be ready for APFS and macOS High Sierra with TechTool Pro 9.6 - it is the first third party Mac utility to offer APFS compatibility. And it has been fully tested to support High Sierra (macOS 10.13) as well. One extra upside to APFS drives: you don't need to start up from an eDrive to test them.

Trust us when we say that there is a lot going on with this new file system, so this is just *initial* support. Techtool Pro can now test and repair these disks, even eDrives on them, but we're still hard at work exploring the depths of this file system. Some more advanced features will be coming down the road.

NVMe Support
What's an NVMe, you ask? NVMe, like the SATA connection it replaces, is the phone line between your Mac and your disk. It's how your Mac can ask your drive if it thinks it's healthy. Micromat is the first company to translate this new connection, providing SMART health data from the drives in the latest Macs*. Not even Apple is providing this info yet.