Download for Mac » Other » Python Playground: Geeky Projects for the Curious Programmer
Home 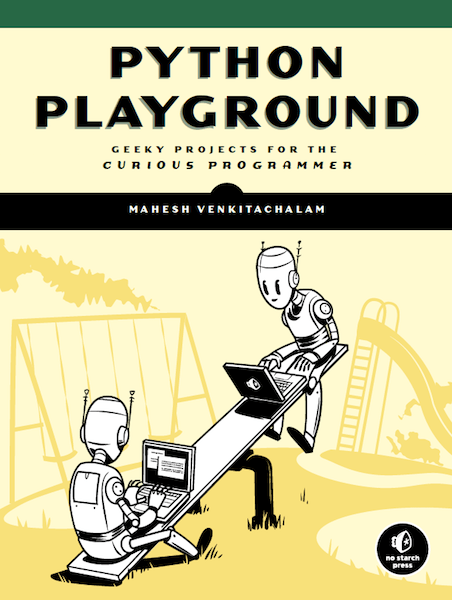 Python is a powerful programming language that's easy to learn and fun to play with. But once you've gotten a handle on the basics, what do you do next?

"Python Playground" is a collection of imaginative programming projects that will inspire you to use Python to make art and music, build simulations of real-world phenomena, and interact with hardware like the Arduino and Raspberry Pi. You'll learn to use common Python tools and libraries like numpy, matplotlib, and pygame to do things like: Generate Spirograph-like patterns using parametric equations and the turtle moduleCreate music on your computer by simulating frequency overtonesTranslate graphical images into ASCII artWrite an autostereogram program that produces 3D images hidden beneath random patternsMake realistic animations with OpenGL shaders by exploring particle systems, transparency, and billboarding techniquesConstruct 3D visualizations using data from CT and MRI scansBuild a laser show that responds to music by hooking up your computer to an Arduino

Programming shouldn't be a chore. Have some solid, geeky fun with "Python Playground."