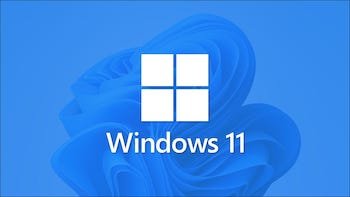 The launch of the next big Windows update is the talk of the town in 2021, even from before Microsoft unveiled details about its new features in the month of June. And here we are in October with Microsoft releasing Windows 11 to the public.

Get Windows 11 ISO files to take the new OS for a spin
Please keep in mind that your device must meet the minimum system requirements for Windows 11, as listed on this page. Alternatively, you can use the PC Health Check application from Microsoft or a similar third-party application to test the compatibility of your system with Windows 11.

Enjoy the next generation of Windows
Like most Windows enthusiasts, you might be curious and excited about the upcoming release of the operating system. And for good reason, considering that Windows 11 is the first major upgrade since back in 2015.

First, Microsoft promises a brand-new user experience due to the revamped user interface in Windows 11. The new working environment showcases Microsoft's Fluent Design guidelines and was inspired by the shift of the Windows computer from a functional instrument to the tool that brought people together during the difficult times in 2020.

A centered taskbar with customizable behavior
Let’s now dive deeper in and see what the new Windows 11 brings to the table. The new design is simpler and cleaner, with a new color palette, rounded item geometry and multiple desktops to work with. The taskbar is centered and the button of the main menu is placed in the middle as well, building up a layout that might remind you of the macOS dock.

The taskbar is permanently pinned to the bottom edge of the screen and there is no way to move it to the right, left, or top. On the other hand, icons on the taskbar can be aligned to the left.

All the essential tools are practically pinned in the taskbar and the icons of newly opened applications are added to the right. While the defaults are designed to provide one-click access to everything you need, you are free to customize the taskbar items as you please.

While Windows 11 does come with a dedicated search app that you are instantly redirected to, there is an issue with the Start Menu search bar that prevents you from typing inside it. This bug is a known issue and, hopefully, Microsoft will fix it in the following releases.

A Windows Explorer overhaul
The new look and feel of the File Explorer (old Windows Explorer) ditches the ever-popular ribbon and replaces it with a much more simplified toolbar that includes small icons to help you carry out basic tasks. Additional options are available in the three-dot menu, such as managing and mapping network drives or accessing the extra options. It is a matter of taste to whether you will like the new design better than the old ribbon-based one.

As for the sidebar, it is somewhat similar to the one in Windows 10, allowing you to pin items and manage favorite locations. The new icons are easily noticeable, but what is changed to a higher extent is the right-click context menu, which now uses small icons instead of a list for common file management operations.

Miss them? The widgets are back in Windows!
Provided you are logged in with your Microsoft account, you can enjoy the new Windows 11 widgets. Thanks to the AI-powered functionality, widgets can change by the time of day and your habits in using apps. Touch screens allow widgets to be revealed as you swipe right the monitor.

Somewhat reminding of old Windows widgets and gadgets, although not the same, the new widgets include the news feed powered by Microsoft News, the weather forecast, financial market reporting, and so on.

The purpose of the new Store is to allow as many developers as possible to populate the Store marketplace with their apps and games. Showing openness and flexibility, Microsoft allows the usage of third-party commerce systems.

There are noticeable differences between the new Windows 11 and its predecessors, but there also plenty of legacy dialogs that are practically the same. The changes we have seen so far improve the overall user experience, focusing more on productivity, usability and ease of access. We'll be seeing more as the OS evolves, and you can also sign up for the Insider Preview program to experiment upcoming features before they reach the stable branch.

windows 11
Information
Users of Guests are not allowed to comment this publication.