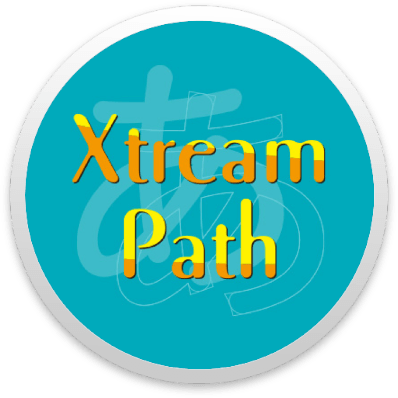 Drag, stretch, push and pull…….you can do a lot with paths using Xtream Path! You no longer have to be constrained to control points when editing paths. It allows you to drag anywhere on a path and edit only the exact location you want. Editing paths in Illustrator is much more flexible than ever before. There is no doubt you will have fun editing with Xtream Path.

A Revolutionary way to manipulate paths
If you use Illustrator day in and day out, you surely do at least some path editing. Editing paths can be tedious and time consuming and you may have wished that if it could be a little bit simpler. Take a peek at Xtream Path, our latest plug-in for Illustrator! Xtream Path offers simplicity by reducing the number of steps needed to accomplish the very same task you used to do the hard way. There is no doubt you will save time and work much more efficiently! Who does't want that? But you may think, "I want more than simplicity". No worries. Xtream Path boasts 36 tools and filters, and its editing capability offers simplicity, creativity, and accuracy. It gives you the flexibility and functionality to do almost anything to a path. We firmly believe in the saying "Seeing is believing", so download the full functioning version from Avaxhome today!

New to Illustrator?
If you are new to the game, don't worry! Xtream Path lets you edit paths just like the pros in no time! Editing paths is among the most essential skills you need in Illustrator, but can be tough to master. Xtream Path is so intuitive and easy to use that you will soon be manipulating paths as if you'd been using Illustrator for years!

Simplicity
Traditionally, you had to edit paths using control points and direction lines. There was no way around it. Now, with Xtream Path, that is a thing of the past. Xtream Path enables you to click anywhere on a path and drag to make adjustments to the segment. It is that simple! It lets you edit paths more intuitively by pointing directly to the place you want to edit rather than fiddling around with direction lines and control points.

Creativity
Xtream Path offers plenty of tools to help you to be creative. Pick an existing font and the Smart Rounding effect will let you instantly round sharp edges to add warmth or friendliness to the font in just a couple of steps. Creating a patterned object is also a breeze. Select artwork and arrange it neatly throughout your document to make wall paper. The tremendous flexibility ensures your result is precisely what you wanted.

Accuracy
Editing one particular segment of a path and maintaining the same precise Bezier curve is no easy task. In the past, the best you could do is eyeball it, comparing side by side. With Xtream Path, you can obtain the numerical information of a direction line's length and direction by simply clicking on a segment. Taking advantage of the Numeric Edit tool, you can easily repeat the same Bezier curve on a different segment. It is as easy as copying and pasting. You can't get any more accurate than that! 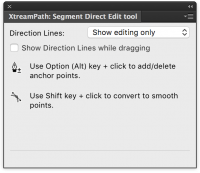 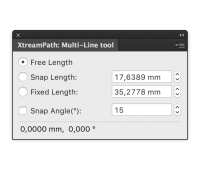 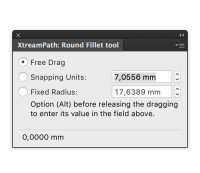 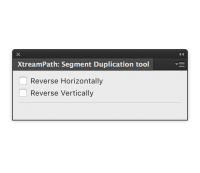 plugins
Information
Users of Guests are not allowed to comment this publication.