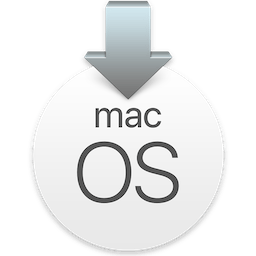 Introduced at WWDC 2022, macOS Ventura is the newest version of macOS, the operating system that runs on the Mac. macOS Ventura is a significant update that introduces a new multitasking experience, overhauls multiple apps, and adds updated capabilities across the platform.

With Stage Manager, Mac users have an all-new way of focusing on a task while leaving other apps at the ready. Stage Manager puts your main app front and center on the desktop, and tucks your other apps at the side for quick access when they're needed. Apps and windows can be grouped together, so you can set up your desktop in the right way for your workflow. Stage Manager integrates with both Mission Control and Spaces, and it's simple to click right back over to the desktop.

The new Continuity Camera feature does away with the need for a poor quality built-in Mac camera because it allows you to use your iPhone as a webcam for your Mac. The iPhone can be positioned on top of the Mac using a stand, and it is designed to connect automatically. There's a Desk View that uses the Ultra Wide lens to show off your desk if you need to demo something, along with Center Stage and Studio Light, an effect that illuminates your face while dimming the background.

Handoff expands to FaceTime, allowing you to take calls on the Mac and transfer them seamlessly to the iPhone or vice versa. Messages is getting undo and edit buttons to fix errors in or recall a recently sent iMessage, and there is an option to mark messages as unread. Accidentally deleted messages can be recovered, and there are new collaboration features.

When sharing a file to Messages through the share sheet or drag and drop, you can choose to collaborate with the recipient, giving them access to the file or document. Edits to the shared document appear at the top of the Messages thread, making it easy to chat while working simultaneously with others.

SharePlay works in Messages in addition to FaceTime in macOS Ventura, so you can watch TV shows and use apps with others while chatting with them in the Messages app.

The Mail app has been overhauled in macOS Ventura, and the search feature is more relevant and accurate than ever before. When you click into search and start typing, you'll see relevant emails, contacts, documents, photos, and more. Emails can be scheduled, and if you make a mistake you can undo an email for up to 10 seconds after it's sent.

Apple, macOS, Ventura
Information
Users of Guests are not allowed to comment this publication.