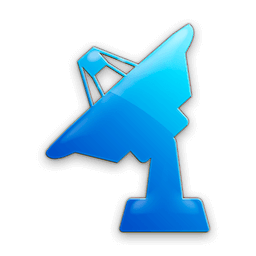 A brand new version with Bluetooth Low Energy devices (they are almost in this mode nowadays) support. All Sandbox restricted action (e.g. start/terminate other apps) removed...

Almost everyone has been caught off task by the boss before. The encounter may be awkward, humiliating, or most likely downright disastrous. But, the truth is, nobody can work forever. In fact, if you are like most people, whatever focus you had at the beginning of the day must surely be all but gone after several long, arduous hours of work.

It's not criminal to play a few games, look at some LOLcats, or shop on Amazon for a while to relax yourself every once in a while. You can even argue that by relaxing, your productivity increases. But, of course, your excuses will never work on your boss, who will either give you a humiliating and boring speech or worse yet, demote or even fire you.
Unfortunately, this app can't make your boss more understanding, but it's the next best thing.

Bosses often seem to pop out of nowhere, and usually at moment's notice, but that cannot be literally true since it would defy the laws of physics. No, your boss had to come from somewhere, and if you had known exactly when he was going to come by your desk and check on you, all those embarrassing, promotion-killing encounters with him might have been avoided.

Knowing the location of your boss and the timing of his arrival may seem like a luxury, but not with Boss Radar.

Here's how it works

Most people nowadays, especially people such as your boss, carry some sort of Bluetooth device (earpieces, smartphones, etc...) on their person at all times. And whether the device is in use or not, the Bluetooth signal is always being emitted. It's like this huge loudspeaker announcing the device owner's presence everywhere he walks (because people always name their devices with some easily identifiable name lie "Dave's Phone"). Boss

Radar constantly scans for this signal. Because it is not very strong, if it does find the target device, that means the device (carried by the boss, in this case) is getting too close, and it would then warn you with a signal. In addition to the alarm, the app can also quickly and automatically change your wallpaper, stop your music, switch your browser to something work-related, open up documents, and even kill undesired apps (Warning: loss of game progress may occur!) to convince your boss of your innocence, god-like focus, utter devotion, and, most of all, the worthiness of promotion (I mean, isn't that the whole point of pleasing the boss, to begin with?). Considering the higher salary associated with this prospect, Boss Radar is certainly worth the price.

The best part is, Boss Radar can be useful even outside of work. Use it on your wife, or maybe your kids, or maybe on that girl you met a couple of weeks ago but cannot seem to run into anymore... the list is endless.

social networking
Information
Users of Guests are not allowed to comment this publication.