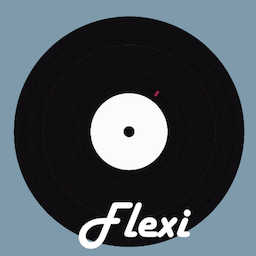 Flexi Player is interactive music player with lots of effects and real turntable for scratches.
8 build in effects and song speed changer.
Made for the Hi-Fi lovers

Old songs are fun again. Flexi Player is interactive music player with lots of effects and real turntable.
It is easy to remake and play with your songs.
Flexi uses its own Hi-Fi audio technology and is even better than real vinyl turntables as it can remaster the sound with the click of one button. You can play the songs with different speed and adjust the sound using the build-in effects of the player. That will give new soul and personality to your music.

Songs should be downloaded to load them into the Flexi Player, one song at a time .

music, music player
Information
Users of Guests are not allowed to comment this publication.