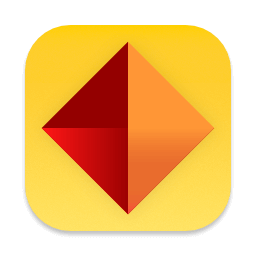 Introducing FireStream 2: the most advanced UPnP/DLNA media server for the Mac platform. FireStream is written for the Mac from scratch, with an "it just works" philosophy, providing a true, seamless Mac experience. Enjoy all of your media, including videos, photos and music on all of your DLNA devices. FireStream natively supports media from Music, TV, Podcasts, Books and Photos as well as any user specified folders. The media is organized just like it is on your Mac and includes thumbnails and rich metadata. Its a snap to locate and stream your favorite content from the comfort of your couch.

Transcoding allows you to play media files that would normally not be supported by a device by converting them on the fly. You can specify connection speed and quality settings to fit your network and device capabilities with ease or enable subtitles with a single click.

With automatic device detection and automatic transcoding configuration, FireStream makes streaming your media as easy as can be. Just power on your UPnP/DLNA media device and FireStream will instantly discover it. Using the Devices tab you can adjust advanced per-device transcoding, network and quality settings giving you fine-grained control of each device. FireStream also has a built in authorization system that allows you to limit access to specific devices.

Unique just-in-time indexing technology allows FireStream to instantly share your media without having to index your entire Mac first! Changes to your media libraries or folders are quickly reflected in the FireStream content index.

FireStream is fined-tuned for the best Hi-Fi audio listening experience. An optimized audio content layout (including composers) allows for quick and convenient browsing, letting you to focus on enjoying your music library. FireStream supports lossless audio streaming as well as lossless audio transcoding when necessary.

Note: Users with Music or Photos libraries stored on an external drive or network share may need to add that drive/share to Content > Folders in FireStream and Stop, Quit and restart FireStream to ensure the content is accessible.

Note 2: To be able to stream all Photos content, "Download Originals to this Mac" must be selected in Photos Preferences if using iCloud Photos. Otherwise, much of your content may not appear in FireStream because it is not available locally on your machine.

DLNA, audio, video
Information
Users of Guests are not allowed to comment this publication.