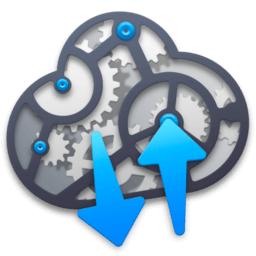 SyncSettings is the first application able to back up and sync the preferences of your mac apps. Tired of settling all your apps after a new macOS install or manually keeping the same settings across several macs? SyncSettings will do it for you.

SyncSettings packages your preferences into a single ssbackup file. So, you can then keep your data locally or store them in the cloud. In this way, all your computers will always have access to the same data. All cloud providers are compatible such as iCloud, Google Drive, One Drive and even GitHub.

The project has been under construction for several months to support the largest number of apps. Almost all the applications of the Mac App Store are already supported by SyncSettings. In addition, a special list of more than 400 non-standard applications and executables has been integrated too.

We know that many users use SyncSettings to set up new computers or new versions of macOS. That is why we included a note editor. It allows you to write your own notes of what to do. Morover, the app is not limited to preferences files. You can define your own files and it will back up and sync them seamlessly.

If you need more features or if some of your apps are not synced by the applications, we can help you. Feedbacks can be sent directly from the application. In this way, you can contact us for any kind of suggestions and improvements in few clics.

This version has been optimized for macOS High Sierra and later. Moreover the application is available in 7 languages (English, French, German, Spanish, Italian, Japanese and Chinese).

Feedback can be sent directly from the application. In this way, you can contact us for any kind of suggestions and improvements in a few clics.