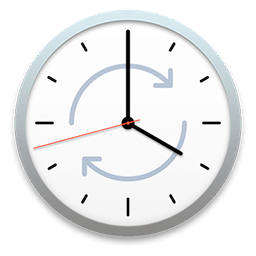 ChronoSync is the professional choice for periodic backups, bootable drive clones and folder synchronizations. Target any device or folder visible in Finder such as a volume, thumb drive, NAS, disk image, server or (with ChronoAgent) another Mac! ChronoSync replaces your backup utility, drive clone utility, and folder sync utility with a single, powerful application. Get push notifications of your syncs sent to your phone with ChronoMonitor. Add InterConneX (free for iOS) and use ChronoSync to push files and folders to your iDevice!

Version 4.9.5:
Changes & Enhancements:Converted to using bookmark objects instead of alias objects to track the location of various files and folders. This affects the location of:Bug Fixes: