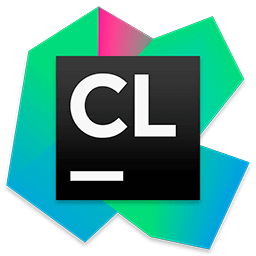 A power tool for A power language. Smart C and C++ editor. Thanks to native C and C++ support, including C++11 standard, libc++ and Boost, CLion knows your code through and through and takes care of the routine while you focus on the important things.

Navigation
Instantly navigate to a symbol's declaration or context usages, find your way through the code base with structure and hierarchical views.

Code generation
Add class members, override/implement functions, wrap a block of code with a statement, or generate a declaration from actual usage - all via simple keyboard shortcuts.

Refactoring
Rename symbols, move members up/down the hierarchy, change function signature, and be sure CLion’s automated refactorings will accurately propagate the appropriate changes throughout your code.

On-the-fly code analysis
With CLion, you can create code that's beautiful and correct at the same time. Potential code issues are identified instantly…
…and fixed as you type! Be sure all the proper changes are handled automatically by CLion.
CLion also performs Data Flow analysis to find out all the cases of the unreachable code, infinite recursion and more.

Integrated debugger
Investigate and solve problems with ease through CLion's friendly debugger user interface with GDB or LLDB (on OS X) available as a backend.

Inline variable view
Get the complete view of your project with variable values shown right in the editor as you debug.

Watches and variables view
Inspect the state of all the variable for a chosen function in the stack frame, or monitor variable/expression changes during the debug session.

CMake
Using CMake as a project model, CLion handles your changes in CMake files automatically, using all the information from there during code editing and refactorings.

Embedded terminal
Run any command without leaving the IDE: locally or remotely using the SSH protocol. Depending on your platform, you can work with a command line prompt, Far, powershell, bash, or other tools.

Keyboard-centric approach
To help you focus on code and raise your productivity, CLion has keyboard shortcuts for nearly all its features, actions and commands.