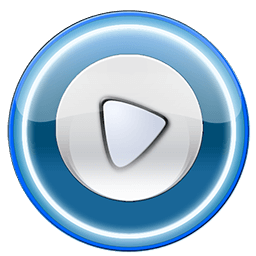 Tipard Blu-ray Player for Mac enables you to play any Blu-ray disc released in different regions and Blu-ray folder/ISO files that you've backed up on Mac with vivid video effect. This great and comprehensive Blu-ray playing software is also a all-in-one video player, which is capable of playing HD videos like HD MOV, HD MP4, HD AVI, etc.
Bring you brand-new Blu-ray experience
Do you have rows and rows of Blu-ray discs but have no efficient Blu-ray Player software? Tipard Mac Blu-ray Player software will totally meet all your needs to enjoy the latest Blu-ray movies at home. This Blu-ray Playing software has no limitation to play any Blu-ray disc with amazing high-definition video quality. In addition, it makes possible for you enjoy the Blu-ray folder or Blu-ray ISO image files that you have backed up on your local disc. It's pretty convenient for you to enjoy the whole Blu-ray world once this first-rank Blu-ray Playing software is in your hand. In a word, powerful Blu-ray Player for Mac software will bring you entirely new Blu-ray experience!
Universal Multimedia player
Though it's the best Blu-ray Player software, it is not exclusive to play Blu-ray discs. Simultaneously, it acts as the universal multimedia player, allowing you to enjoy the 1080p HD videos with wide screen and extraordinary video images. You can import multiple videos like MP4, M4V, MOV, FLV, WMV, AVI, MKV, etc to the Mac Blu-ray Player software for your enjoyment. The fluent playback and electrifying video effect will highly enhance your digital life.
Optimize your video with multiple settings
Not satisfied with the audio track or subtitle of your Blu-ray disc? This Mac Blu-ray Player has cleared away your afflictions because you could choose your desired audio track and subtitle if there is any available. Additionally, it's all your call to decide to watch which chapter or title. Open the navigation panel and change the settings at your disposal.
User-friendly features
What's the most practical Mac Blu-ray Player software? Besides the powerful playback function, it must be very easy to use, or it's useless to us. Tipard Blu-ray Player for Mac features initial and simple design, and it's very easy to use for anyone. Meanwhile, with the snapshot function, you could capture your favorite video images and save them on your local disc for later use.
Fantastic video effect
Tipard Mac Blu-ray Player software offers your family a visual feast in your leisure time. Owning this Mac Blu-ray Player, you need not go to the cinema for a better video effect.
Fast forward or step back at will
If the current plot is not very attracting, you can fast forward to locate your desired video part; or step back to the part you want to see again.
Full screen
With this remarkable Mac Blu-ray Playing software, you can watch the Blu-ray movies and videos in full screen. The wider your screen is, the better video effect.
Snapshot function
With the snapshot function, you could capture your favorite video images and save them on your local disc for later use. It is very easy to use.

video players Blu-ray Player
Information
Users of Guests are not allowed to comment this publication.