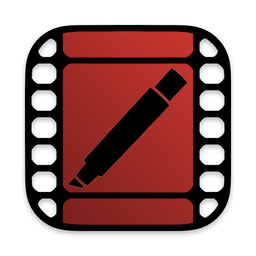 Magic Media Marker's main purpose is to process video files and make them pretty in iTunes and on your Apple Devices. Feed Magic Media Marker a video file and it will automatically determine if the file is a TV Show or a Movie by it's file name and download the appropriate metadata and artwork for you. Magic Media Marker is designed to be a “set it and forget it” kind of App needing no user interaction.

Automation Made Easy
Why spend so much time manually manipulating your video files? Even with other software that makes tagging your video “easy” you still have to go video by video approving changes. It’s time consuming and monotonous. Magic Media Marker stays up in the menu bar out of your way, doesn’t take up a lot of system resources, and best of all, after the initial set up (which is a breeze), it’s completely automated. Whether you manually feed Magic Media Marker or have it watch a folder for new videos, your attention is not needed. TV Shows and Movies show up in iTunes like magic ready to watch on any of your iDevices.

Integrates with Growl
Magic Media Marker also takes advantage of Growl for notifications. Pair that with something like Prowl or Boxcar and you can have notifications sent to your phone when TV Shows are ready to watch.

The Power of HandBrake
If your videos need transcoding, Magic Media Marker is also able convert your videos for you so they are in the proper format for iTunes, or your iDevices. You can even link up with and control HandbrakeCLI for more powerful conversion options.

Remux Videos
MKV has become a popular video container and often times these videos contain h.264 video inside. This is the same video format that Apple's AppleTV, iPhone, and iPad prefer, however these devices can't read the video inside the MKV container. Magic Media Marker now has the ability to strip this video out of the mkv container, convert the audio if needed, and put it all back together in a m4v container that Apple's devices can read. This is called remuxing, not only does it save time over converting files, but it also avoids any quality loss since it is not transcoding the video.

Organization
Magic Media Marker now has the ability to rename your video files and place them in folders based on Genre for movies, and show name and season for TV Shows to help keep your post processed videos more organized.