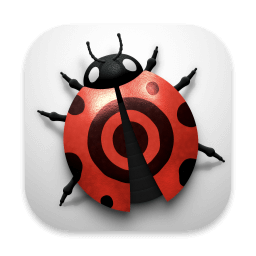 Themes
To go along with Dark Mode support, Script Debugger 8 provides user configurable and switchable themes. Themes can automatically handle transitions between Light Mode and Dark Mode, and you can change them manually. You can create your own custom themes to easily switch script formatting depending on the task at hand.

Library Improvements
Viewing script library documentation has been made much easier with the introduction of a Libraries section within Script Debugger’s dictionary window. Script Debugger is able to automatically discover libraries in more locations. You can now add frequently used libraries to your Favorites list.

Line Editing
Script Debugger 8 introduces a suite of new editing commands that operate on lines: Move Up, Move Down, Insert Before, Insert After, Cut, Copy, Delete and Duplicate. Like all menu commands in Script Debugger, you can assign your own keyboard shortcuts to these commands. This change makes script editing even faster, especially when coming from other editors which offer these commands.

No More Debug Documents
Previous versions of Script Debugger saved scripts with debugging enabled in a special format to facilitate something we called external debugging, which allowed scripts to be debugged while running within other applications. While external debugging was useful in some situations, users were often caught out when distributing scripts with debugging enabled because the file format required Script Debugger be present.