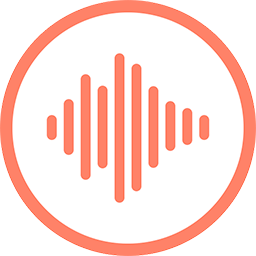 Legally unlock DRM encrytion from Apple Music songs
The DRM protection on songs we streamed from Apple Music restricts us from listening the music downloads on as many players as we desire. To free Apple Music streams from DRM lock, TunesKit Apple Music Converter for Mac is here to help Apple Music subscribers take full control of your audio tracks. With this professional Apple Music DRM remover, you can easily and completely remove DRM from any Apple Music track and old iTunes M4P songs with a few clicks only.

Convert DRM-locked Apple Music M4P to MP3, AAC, WAV, M4A, M4B, and FLAC
Thanks to the innovative DRM decrypting core encoded in TunesKit Apple Music Converter, it enables you to record the Apple Music audio streams in the background of iTunes silently while converting the DRM-restricted M4P music songs, albums, and even the entire playlists to DRM-free MP3, AAC, WAV, M4A and other common audio formats.

Keep ID tags, metadata with losselss quality
This smart DRM cracker for Apple Music is also developed to provide you fantastic listening effects by preserving the original quality so that you can still enjoy the music as CD quality even after the DRM is removed from the Apple Music and protected iTunes songs. Besides, the ID tags and other information including artwork, artist, disc number, composer, album, year, track number, genre, etc. will be kept in the output MP3 and AAC files.

Play Apple Music on all your devices offline
By striping DRM from Apple Music files with TunesKit Apple Music Converter for Mac, you are able to freely transfer the DRM-free Apple Music songs, albums and playlists to any devices to enjoy, such as Samsung, LG, Motorola, Sony, Lenovo, Zune, common MP3 players, and other Android devices, as well as Apple's iPhone, iPad, iPod, etc., even if you unsubscribe Apple Music service.