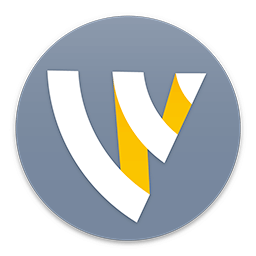 Wirecast lets you capture an unlimited number of input devices from live camera feeds, iOS cameras (coming soon), computer desktop, Web feeds, and more. Then add polish and professionalism to your broadcast with live switching, transitions, titles, lower thirds, and more. And finally, use the built in multiformat encoding capabilities and easily stream to integrated streaming services and CDNs.
Faster Perfomance
Dynamic Editor
Resize, position, crop, flip rotate, add color correction filters and more. Use Wirecast’s powerful graphic editing features to compose picture-in-picture shots or layer up to 250 different sources on screen at the same time!
Output Statistics
Displays the statistics window for your broadcast. You can select to display: Framerate, System CPU Usage, and System Memory Usage.
Video Sync
Delay the video and/or audio of an incoming source to better sync. Save thousands of dollars on expensive hardware.
Global Hotkey Manager
With our new Global Hotkey Management System, you can now create your own hotkeys for switching shots, Replay/ISO shot creation and mark-in points in Wirecast.
Audio Mixing
Our built-in audio mixer allows for better control over any audio source. Mix-minus, panning, solo, mute and audio playout device selection are some of the powerful new audio features we’ve added.
ISO Recording (Pro only)
Create high-resolution recordings of your individual (isolated) cameras or audio sources. Isolate clean shots (no titling or lower thirds) that can be used later for editing offline or for live replay during an event. (Note: must have valid license to use this feature; this is a Pro feature only.)
New Ways to Configure Text
Add text to your broadcast from a variety of sources: typed in text, from a file, or from an RSS feed. Type in text and display it instantaneously. Use file-based text monitoring to read data from an external .txt file. The RSS feed feature allows you to have a running ticker built into your shots through the text widget.
Color Correction
Adjust the brightness, contrast, gamma, hue and saturation for all of your video and graphic sources.

video streaming
Information
Users of Guests are not allowed to comment this publication.