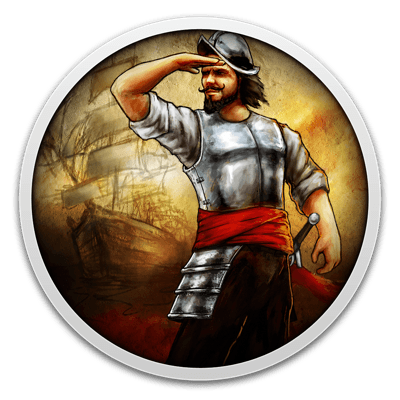 Conquer the New world: In the 16th Century, Spanish explorers and soldiers reached the shores of America. The search for gold, fame, and adventure drove these travelers into a treacherous wilderness where they faced hunger, disease, and dangerous predators. In their wake, the Aztec Empires lay in ruins.

Re-write the history of the Conquistadors: Forge diplomatic alliances with the natives... or crush the savages and bring civilization to the pagan tribes! Create an expedition of individual characters: Choose your followers wisely from over 30 characters, but be careful - they each have their own traits, opinions and moral standards.

Hunt for unimaginable riches and fight intense battles in the unforgiving jungle. In this turn based strategy RPG, a cunning plan is as vital as thoughtful resource management. Expeditions: Conquistador offers a rich storyline separated into two campaigns, challenging players throughout 25+ hours of gameplay. Strategy veterans as well as newbies will find their turn-based El Dorado!

strategy indie
Information
Users of Guests are not allowed to comment this publication.