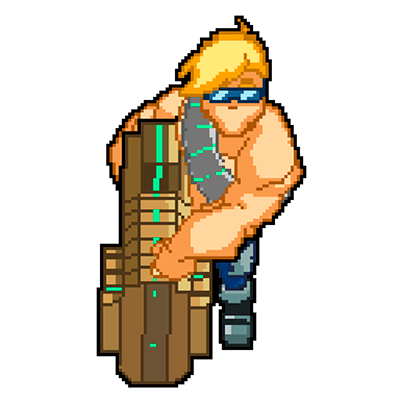 A wise-cracking space marine, an ice cold sniper, a homicidal robot and a chainsaw-wielding aristocrat travel back in time to save Earth from destruction in a co-op roguelike planet-crawler.

It’s the year 2890 AD and Earth just got blown into tiny pieces by an unknown alien force. Humanity’s only hope are an elite strike force of galactic super soldiers who fortuitously managed to escape on a prototype spaceship that can travel back in time by 28 days. Turning back the clock with no idea as to who the assailants were/are/will be, they do the sensible thing and decide to kill all hostile alien races to make sure.

Go solo or team up with up to three friends for intense roguelike planet-crawling action. Choose from four distinct characters each with their own play-style, weapons and abilities. Earn XP to upgrade each character’s stats and abilities between runs and find blueprints to unlock and upgrade weapons in the Armory.

action, strategy
Information
Users of Guests are not allowed to comment this publication.