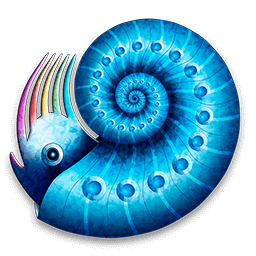 DEVONthink Pro Office is a knowledge base, information manager, and much more. In today's world, everything is digital. From shopping receipts to important research papers, your life often fills your hard drive in the form of emails, PDFs, Word documents, multimedia files, and more. Questions eventually pop up, like where do you store all of this stuff? How do you organize these very different file types, and even better, how do you find the exact file you're looking for the second you need it? It's almost as if you need a second brain just to keep your digital life straight.

DEVONthink is the solution to the digital age conundrum. It is your second brain, the one and only database for all your digital files, be they PDFs, emails, Word docs, or even multimedia files. Boasting a refined artificial intelligence, DEVONthink is exceedingly flexible and adapts to your personal needs. And if the files are not digital yet, digitize them with DEVONthink Pro Office.

Use it as your document repository, your filing cabinet, your email archive, or your project organizer; DEVONthink can do it all. You can even collect and organize data from the Web for your own use, enrich it with sound and movie files from your hard drive, and then export the finished product as a Web site or to an Apple Pages document to print, should you so desire. Or copy the content to your iPod! The possibilities are only as limited as your imagination.

Version 2.11:
This release brings an exciting new improvement to sync: push notifications. When you make changes to your databases on Mac or mobile, a notification will be sent to other devices you are syncing. This decreases the amount of time before changes are downloaded. Also in this release, changing an encryption key for a sync location will prompt you what to do if you have already synced to it. Support for JSON RSS feeds has been added. Dragging and dropping text selections will include the reference URL of the file the text is dragged from. Some minor cosmetic adjustments have been made to the interface. And, as we always deliver, performance and stability has been improved.
NEWNEW (Sync)ImprovedImproved (Sync)FixedFixed (Sync)

office
Information
Users of Guests are not allowed to comment this publication.