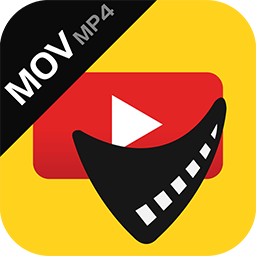 Extract audio files from popular videos
You are enabled to extract the audio files from any video and save them as WMA, AAC, ALAC, AC3, AIFF, MP3, MP2, M4A, OGG, and more with super fast converting speed and incredible quality.

Support many portable devices
With this Super MOV Converting App, you can enjoy the converted files on many digital devices like iPhone 6/6 plus/5S/5C/5/4S, iPad Air 2/ Air/mini 3/mini 2/mini/4, iPod and others. Also, you can import converted files to Apple Editing software like iMovie and Final Cut Pro for further editing.

Set output video and audio settings
With the world leading MOV Converting App, you can not only modify video settings such as Encoder, Resolution, Video Britrate, Frame Rate and Aspect Ratio, but also audio settings like Encoder, Channels, Sample Rate and Audio Bitrate to get perfect video.

Support batch conversion and user-friendly
Convert videos to MOV format in batch
Super MOV Converter helps you convert one or more source files to different videos with .mov format at the same time. You can get different output videos with only one conversion.

Easy to use
With intuitive and user-friendly interface, itâ€™s very easy to complete the conversion with a few clicks for both beginners and advanced users.

Preview and snapshot
This App owns a built-in player to help you preview the source and targeted video effect. You can capture favorite picture and save it as an image when previewing.