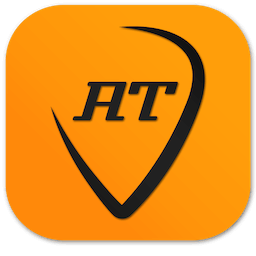 Legendary guitar/bass gear on your Mac/PC: Captures the sound, feel and vibe of over 400 of the most sought-after guitar & bass gear ever.

Covers the entire signal chain
Stomps, amps, cabs, speakers, mics, rooms and rack FX all in one interface, all routed the way you want.

All-in-one recording & performance studio
With an 8-track recorder + DAW, looper, tuner, practice tools and live features all in one.

The most realistic tones ever
IK’s DIM™ and VIR™ technology ensures AmpliTube nails the tone and feel of every piece of gear like never before.

Custom IR loader
Load, tilt and re-size your own impulse responses in place of any cabinet.

New Mixer with built-in effects
A new mixer lets you easily blend multiple cabs, mics and DI, with 23 new mixing effects, including some from T-RackS 5 to add a final studio sheen to any track.

IK’s groundbreaking new AmpliTube X-GEAR pedals are now available inside AmpliTube 5. Demo X-SPACE, X-TIME, X-DRIVE and X-VIBE right in your studio. Save presets and transfer back & forth to the physical units.

audio, music
Information
Users of Guests are not allowed to comment this publication.