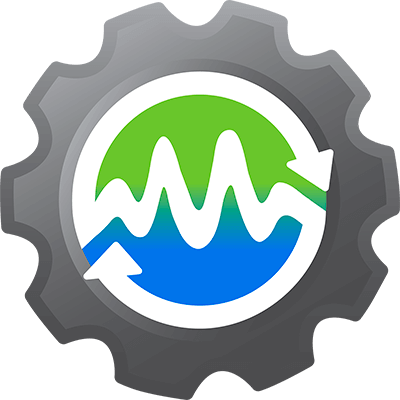 If you have ever spent hours on end preparing audio files for a mix, StereoMonoizer is about to become your new best friend. For the first time ever, you can automatically analyze audio files, determine their stereo content, and convert to the correct format, before you import into your DAW. That way, you can get a lot more out of your mix system. Drastically cut your CPU usage, use fewer voices, take up less space on your hard drive, and have better session organization. StereoMonoizer makes all of this possible, and more.

Benefits:
Cut your CPU usage in half
No matter what DAW you use for mixing, running out of CPU is always a drag. Short of buying an expensive new computer, there’s not much you can do about it. But if your sessions include mono sounds on stereo tracks, you are short changing yourself in the CPU department. Imagine this: let’s say you have a session comprised entirely of stereo tracks, and that session is maxing out your CPU because of plugin usage. If you were to go through and analyze each track, it’s very possible that 50% or more of those tracks are actually mono sounds. If you had used StereoMonoizer before importing those tracks into your DAW, those mono tracks would be using 50% less CPU for every plugin used on those tracks. And as a result, your overall CPU usage would be a lot less on the overall session, giving you much more room to mix and add additional plugins as needed.

Use fewer voices in your DAW
When you’re dealing with a DAW, the number of voices is always an important thing to consider. For large sessions, your overall voice count can cause CPU spikes, sluggish behavior, and all kinds of other problems while you’re trying to mix. If you have mono sounds in stereo files, you are needlessly using too many voices. For every mono sound in a stereo file, you are using two voices, when you really only need to be using one. Using StereoMonoizer, you can convert those mono sounds into true mono files before importing, thereby minimizing the number of voices used in your session.

Take up less space on your hard drive
Hard drives are cheaper than ever, but with the advent of SSD drives which are typically smaller and more expensive, we still have to watch how much hard drive space we use. With StereoMonoizer, it is possible to decrease the size of your sessions, since a mono file is 50% smaller than a stereo file of the same length.

Better file organization
Different DAWs have different options for dealing with panning of stereo tracks, but ultimately if you have a mono sound on a stereo track, the panning becomes more complicated and unnecessarily cumbersome. In Pro Tools, for example, you suddenly have to deal with two separate pan controls, so for example in order to automate a sound panning from one side to the other, you have to coordinate between these two pan pots so that the automation matches. It is much simpler overall if your sound is on a mono track, so you only have to deal with a single pan pot. 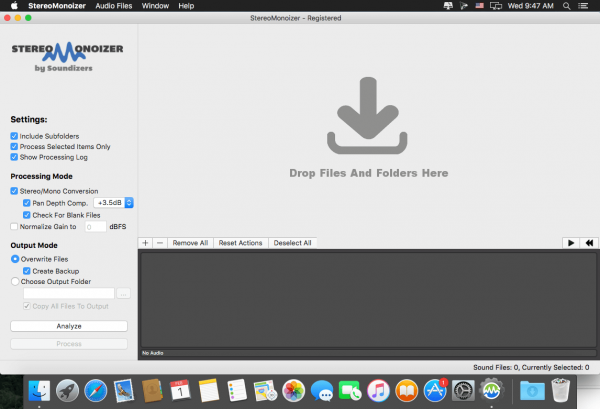 audio, utilities
Information
Users of Guests are not allowed to comment this publication.