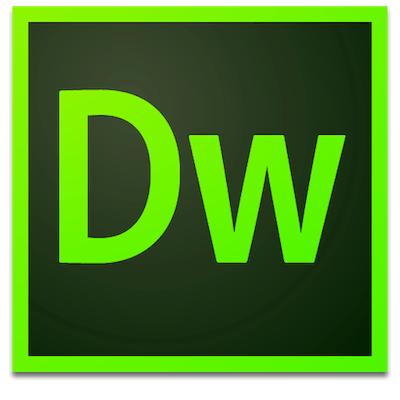 Develop more web content more quickly. A streamlined user interface connected tools and new visual CSS editing tools let you code efficiently and intuitively. And now Dreamweaver CC lets you share work directly from within the application and helps you keep up with web standards by giving you access to new features as soon as theyre available. Your entire creative world together in one place.

CSS Designer: Intuitive visual editing tools help you generate clean web-standard code and quickly apply CSS properties like gradients and box shadows. See the effect in your design immediately. No more tedious tweaking. No more switching back to the code. What you see is what you get.

Developer Workspace
Load and open files quickly and get through projects faster with a new performance-boosted and clutter-free workspace designed for developers.

Edit CSS while working with HTML
New Quick Edit offers an inline editor for the relevant CSS within an HTML file, so you can make changes fast.

Multiple cursors for repetitive tasks
Write more than one line of code at a time to quickly do things like create a bulleted list, update a series of strings, and make multiple edits simultaneously.

Modern UI
Based on input from thousands of beta testers, Dreamweaver has been redesigned with a more intuitive and customizable interface, more accessible menus and panels, and a contextual and configurable toolbar that shows you only the tools you need.

UI color themes
The interface now offers four levels of contrast from light to dark, so it’s easier to read and edit lines of code.

Creative Cloud Assets improvements
Archive and restore all your assets stored in Creative Cloud, including the ones in your Creative Cloud Libraries, assets created with CC desktop products, and mobile projects.

Introducing Typekit Marketplace
Buy fonts from some of the industry’s biggest names and use them in your Dreamweaver projects. Typekit uses its font sync and web technologies to deliver your Marketplace fonts anywhere you need them. 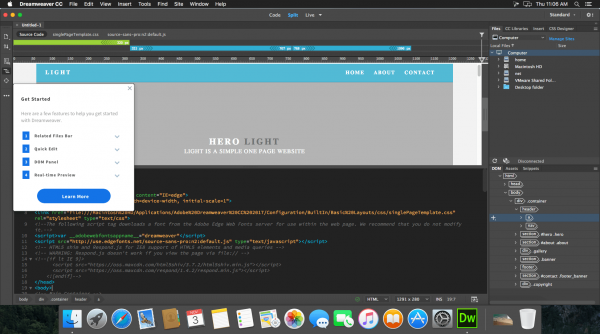