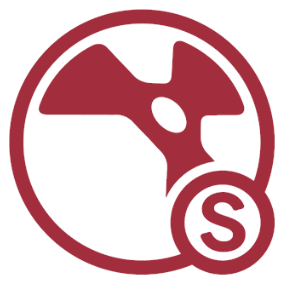 Our industry-leading NUKE range offers cutting-edge toolkits covering node-based compositing, editorial and finishing across solutions that deliver unparalleled speed, functionality and collaboration possibilities. Whether you're a single shot compositor or working across projects end to end, you can find all the tools you need to get the job done fast.

NUKE’s powerful node-based compositing toolset gives you the power and flexibility to create with confidence. NUKE includes all of the 2D compositing tools you’d expect, together with a full 3D system, plus tools for stereoscopic film and deep compositing built right in. NUKE’s unparalleled flexibility, customisation and collaboration help you and your team get the highest quality results fast. This award-winning toolset is the core that the NUKE range is built on.

Highest quality results
Used by many of the best VFX houses in the industry on the biggest blockbuster movies, NUKE makes producing pixel perfect, film-grade results both painless and creatively satisfying.

Speed and efficiency
Work quickly and interactively with NUKE’s cutting-edge toolkits, GPU acceleration and fluid workflows. Everything you need to get the job done fast is built in and ready to go.

Scalability
NUKE’s node graph, resolution-independent processing, and collaborative nature ensure that the scope of work you can handle with NUKE—both technically and creatively—is unmatched.

Open and customizable
With major operating system support, low hardware requirements, a Python API and seamless compatibility with other members of the NUKE family, NUKE is a perfect fit for your pipeline.