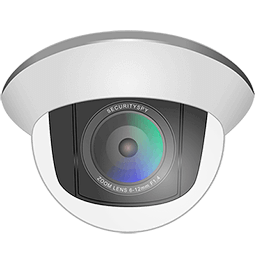 SecuritySpy will enable you to quickly set up an effective video surveillance (CCTV) system. If you plan to install the base home or a large professional system, SecuritySpy provides a reliable solution. SecuritySpy is working with a wide range of cameras to suit every need, from traditional analog cameras to the latest high-definition network camera, offering superior quality video at a resolution of megapixels.
SecuritySpy's flexibility and comprehensive list of features allows users to set up a system tailored to their individual needs. Whether it is a system with a single camera or many dozens, in a domestic or business environment, SecuritySpy is ideal.
Features