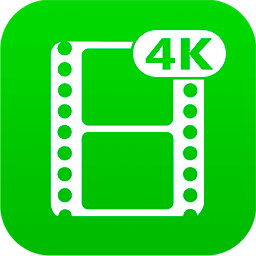 Key Features:
Convert DVD to MP4/MOV/WMV/AVI and other videos
If you want to rip DVD to video, you should try this video converter. It supports converting homemade DVD to MOV/AVI/WMV/MKV/WEBM/MP4 and more videos. So you can see the DVDs on your portable devices, like iPhone, iPad, Android phones, PSP, Xbox, etc.

Convert Video in Any Format to 4K and Other Formats
This powerful Mac video converter can convert video and audio easily. It supports converting any video to 4K, HD and other video formats, like MP4/WMV/AVI/MOV and other popular video formats. After converting, you can enjoy videos on your mobile phone and media player, including iPhone SE/6s Plus/6s/6 Plus/6/5s/5/4S/4/3GS, iPad Air/Air 2/mini 3, HTC One M8, LG G3, Galaxy Note X, etc.

Edit Output Video’s Effect
It is also a video editor with which you can easily edit the output video’s effect, such as brightness, contrast, saturation, hue and volume. You can also pick up any part of the video to convert, join several video files into one big output file. If you are a video lover, you can even adjust the video bitrate, encode, frame rate, resolution, aspect ratio, and audio bitrate, encode, sample rate, channels according to your preference.

Convert 2D video to 3D
If you want to convert 2D movies/videos to 3D, you can use this 2D to 3D video converter. It provides you many 3D modes for you to choose. Choose the mode that suits your 3D TV and glasses and enjoy the home theater effect on your Mac.