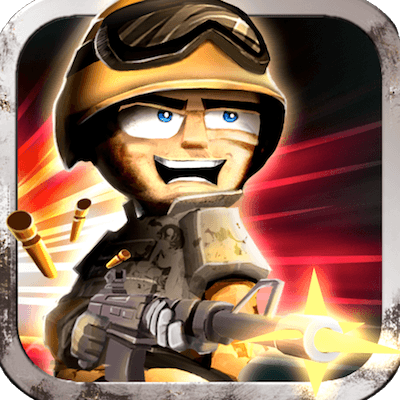 Size doesn't matter for these miniature men of war.
Take control of a platoon of crack soldiers and deploy in a variety or war zones as you battle through the epic campaign.

WAR! WHAT IS IT GOOD FOR?
Featuring awesome visuals, intuitive touch gameplay, varied missions and a great sense of humor, Tiny Troopers is the complete package.

HOORAH!
You control three highly trained troopers whose missions include destroying the enemy, blowing up structures, and escorting journalists through war torn areas.

WHAT'S THE MISSION?
Tiny Troopers features 30 explosive missions spread across three chapters, all tied together into an involving, narrative-driven campaign.

GET PROMOTED
Your troops will get stronger and more battle hardened the more missions they survive. Can you keep your squad alive through the whole war?