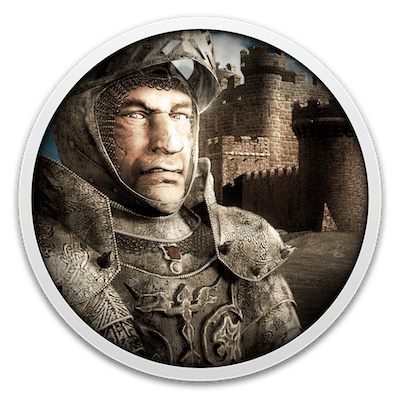 Establish your settlement, build your castle, and engage in siege warfare to defend your people in Stronghold, a unique "Castle Sim" combining the best aspects from City Builder and a Real-Time Strategy Game. Set in Medieval Europe, Stronghold challenges you with the daunting task of protecting your land from invasion, while keeping Lords, ladies, Jesters, Chicken, and much more.

Stronghold features single-player campaign consisting of 21 story-based missions. If you want more you can create new missions for you and your friends with full-featured map and scenario editor. Invite up to 8 players via LAN or over the Internet and get prepared for destruction waits outside your safe heaven, as the enemy prepares to storm the castle walls.

Mac OS X 10.11 notice: The "System Integrity Protection Feature" must be disabled before playing this game.

This is GoG version that was recently updated to work with El Capitan. Just Mount, Drag & Play.