Nightmares from the Deep 3: Davy Jones 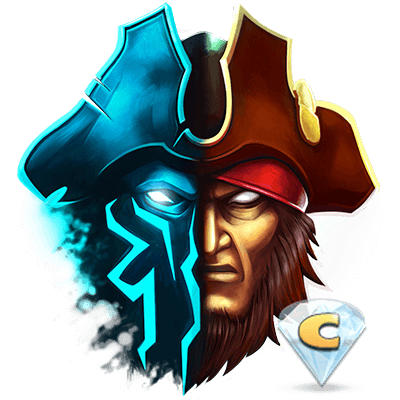 Nightmares form the Deep 3: Davy Jones - get ready for the final chapter of the epic pirate trilogy! Become a fearless museum custodian Sara Black to face your greatest enemy, the legendary pirate Davy Jones. Discover his greatest secret and save your daughter!

After a series of mysterious notes give Sara the evidence she needs to prove to the world the existence of the historical figure of Davy Jones, she calls a press conference to reveal what she has learned; that both Davy Jones and his mythical treasure are real, hidden away on a cursed island.

Suddenly Davy Jones’s sails appear on the horizon, and the undead pirate enters the museum to kidnap Sara and her daughter.

They are taken to the hold of Jones’s ship. In order to save her mother, Corey Black agrees to sign a dark pact with the Sea Devil himself…

Sara Black must face her hardest task yet: in order to save her daughter from the soul-stealing pact with Davy Jones, she must find a way to cancel it.

Will she succeed? Who is the voodoo witch who lives on the cursed island? Or the brilliant alchemist? Why does the ghost of a beautiful young girl roam Davy Jones’s island, and what is her connection to the legend?

adventure casual
Information
Users of Guests are not allowed to comment this publication.