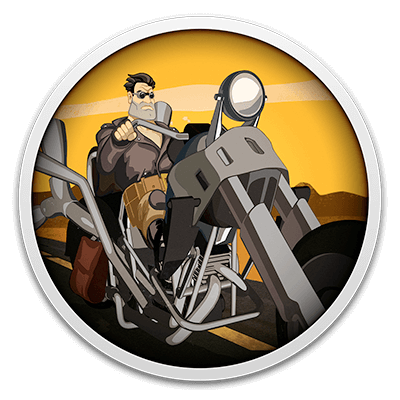 One minute you’re on the road, riding, not a care in the world. Then some guy in a suit comes along and says he’s got a deal for you and your gang. But when you come to, you’ve got a lump on your head, the law on your back, and a feeling in your gut that the road you’re on is about to get a lot rougher…

Released by LucasArts in 1995, Full Throttle is a classic graphic adventure game from industry legend Tim Schafer, telling the story of Ben Throttle; butt-kicking leader of biker gang the Polecats, who gets caught up in a tale of Motorcycles, Mayhem and Murder.
Now over 20 years later, Full Throttle is back in a remastered edition featuring all new hand-drawn and 3D high-resolution artwork, with remastered audio and music.